If you’re hosting a zebra themed party, try this zebra birthday cake mix from Duff Goldman to create a dessert all your guests will be talking about. 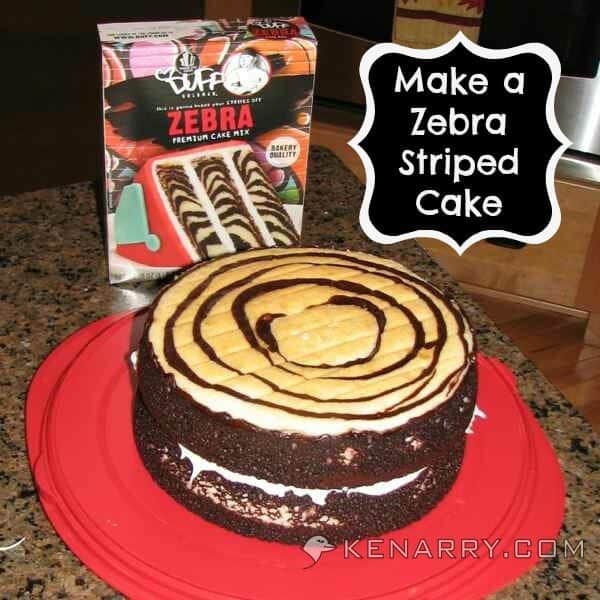 As I was preparing for our son’s zebra themed birthday, I was thrilled when my mother found a zebra birthday cake mix by Duff Goldman that would make the actual cake appear to have zebra stripes. The Duff Goldman Zebra Premium Cake Mix contains two packets of cake mix, one to make chocolate batter and one to make white batter. You layer the two different batters in the pan to create the striped effect. It sounded easy enough so I decided try making the zebra birthday cake.

The box shows a three layer cake, so I was surprised weeks later when I read the actual instructions on my box that said it only makes one 9″ round cake. I made sure to buy a second zebra cake mix the next time I was at the store, so I could at least make a double layer cake for our son. However, when the day came to bake the zebra birthday cake, I realized my round cake pans were only 8″ pans not 9″ pans like the box called for. I immediately jumped online and tried to search to see if anyone else had run into this issue and whether I could reduce the amount of batter to make the cake mix work with my 8″ cake pans. I couldn’t find anything online to help me. As a last ditch effort before I tried to solve the issue myself, I went to Duff’s Facebook page and asked them: “I bought two cake mixes, so I can make a double layer cake, but my round cake pans are only 8”. How much should I reduce the batter in order to make it “fit” my smaller pans?” Within 45 minutes, I had a response from the company giving me these alternate baking instructions:

“Hello and thanks for writing in. Please use these instructions below instead. Have a wonderful day. Preheat oven to 350˚ F. Generously grease two 8-inch round pans and dust with flour or spray with non-stick cooking spray. You will need two 1/4 cup scoops, one for chocolate and one for white cake batter.

In separate mixing bowls, prepare cake batters according to the directions below:

Combine ingredients until moistened. Beat each bowl two minutes at medium speed. Start with the chocolate batter. Pour one scoop into the center of each pan and let it spread out by itself. Do not touch the batter once it’s in the pan. Next, pour a scoop of white batter into the center of each pan on top of the chocolate batter. Continue alternating and pouring batter colors, working quickly and letting each scoop of batter spread out evenly on its own. When finished, the batter surface of each pan should have circular rings of white and chocolate. Bake at 350˚F for 32 to 37 minutes, or until a toothpick inserted into the center of cake comes out clean. Cool for 15-20 minutes. Remove from pan and cool top side up.”

I clarified with them that these instructions require only one of my cake mixes to produce the two layers and that I should expect the batter to fill my baking pan about half way. I set to work baking my cake closely following their revised instructions. I later compared the new instructions given to me on Facebook with the instructions on the box and found that they were identical except for the size of cake pan to use. 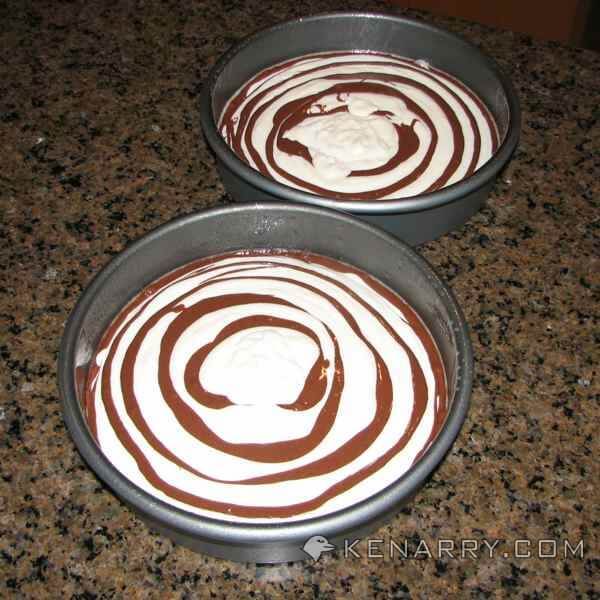 After the cake had cooled, I spread white frosting across the top of one layer, then placed the second layer on top of it. I frosted the entire cake with white frosting. I added blue “happy birthday” letters and green edges using  and disposable decorating bags. 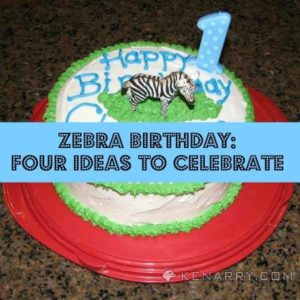 The decorating tips and bags worked great, but I found the classic white store-bought frosting I used wasn’t stiff enough to decorate the cake well. My green frosting edges had more of a wilted look so I just claimed it was intended to be grass on the Sahara where a zebra might roam. Next time I think I’ll make my own frosting. I topped the whole thing with a small zebra figurine and a blue number one candle. 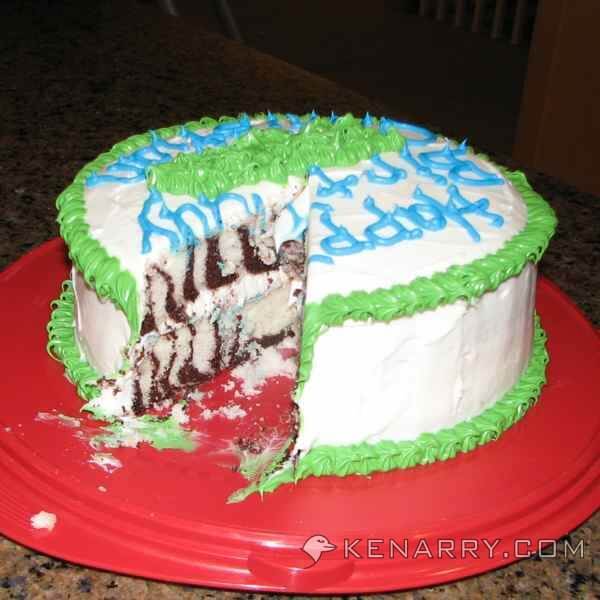 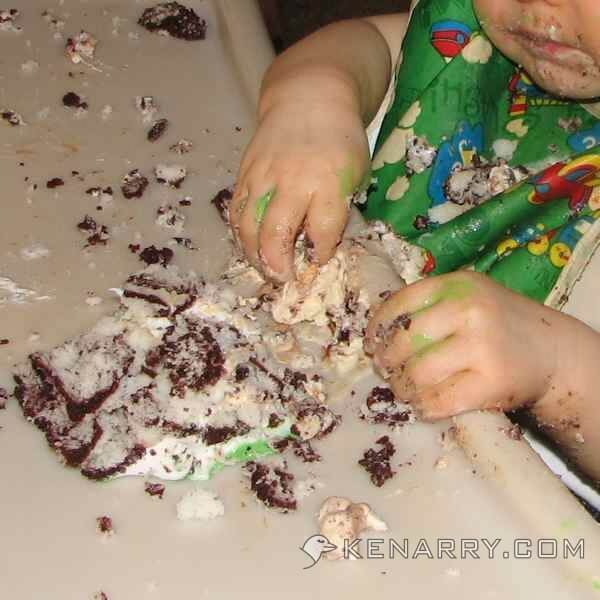 The zebra birthday cake looked and tasted great. The baking instructions were easy to follow and I was totally impressed by the company’s responsiveness to my concerns. I would definitely make the Duff Goldman Zebra Premium Cake Mix again if we were hosting another zebra themed birthday party. I bet it would make adorable cupcakes too!

While you’re here, be sure to check out other birthday ideas on Ideas for the Home by Kenarry® –