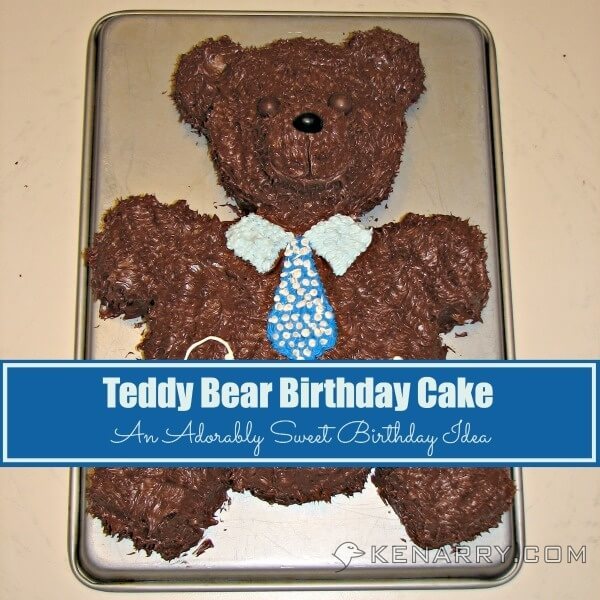 Disclosure: This blog post contains affiliate links for products or services we think you’ll like. This means if you make a purchase from one of these links, we’ll make a small commission at no additional cost to you so we can keep the great ideas for the home coming your way. All opinions expressed are our own, derived from our personal experience.

I recently enrolled my oldest son, C1, in kindergarten for the fall, which has me feeling a bit nostalgic. It seems like only yesterday we were celebrating his first birthday. In just a few short months, he’ll be five. Then before we know it we’ll be enrolling him in college instead of kindergarten. Time sure does fly, doesn’t it?

For the boys’ birthdays, I let them choose a theme and then try to create a cake to go with it. For example, last year when C1 turned 4, he wanted a Muppet birthday cake.

I didn’t start blogging until C1 was 3 1/2 though so I thought it would be fun to do a throwback post sharing some of the ideas we incorporated into his first birthday party. 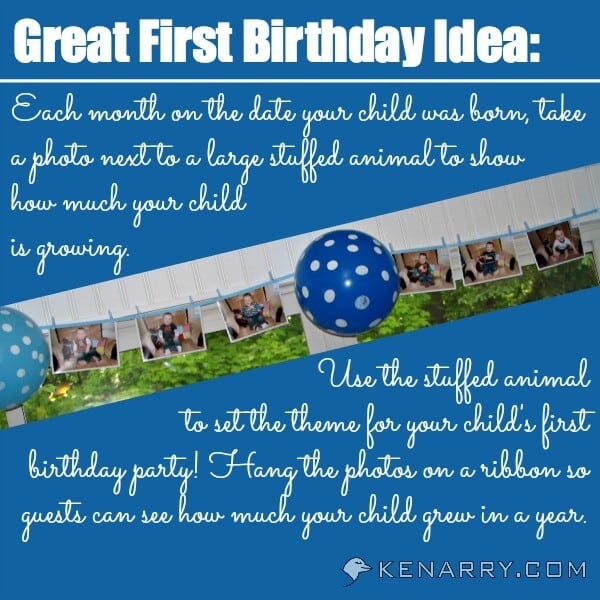 When C1 was an infant, I took his photo every month in the gliding rocking chair in his nursery with a teddy bear, he received as a gift from Kent’s parents. The bear wears a very formal necktie, so we’ve named him Mr. Bear. (How else would you address someone wearing a tie, right?!) 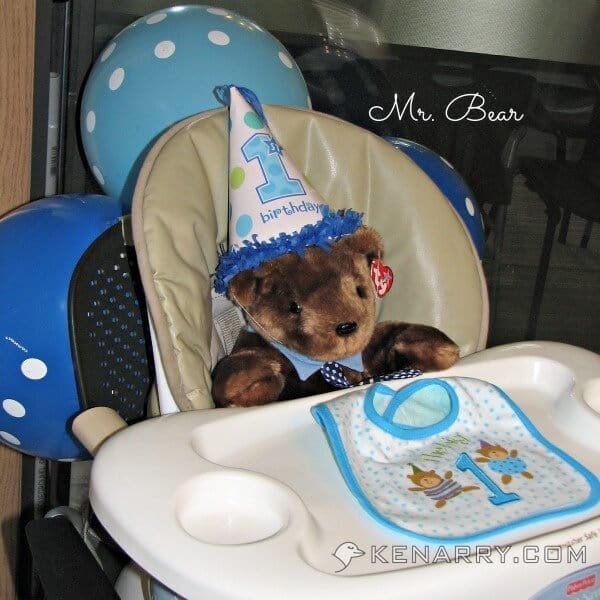 I found some cute teddy bear themed first birthday plates, napkins, a bib and a banner that said “The Big One.”

Mr. Bear’s necktie is dark blue with white polka dots, so I carried that into the balloons. I also used a blue ribbon with white polka dots and small light blue clothespins to hang 12 – 5 x 7 photos showing C1 with Mr. Bear each month of his first year. It’s just amazing to look at all those photos side by side and see how much children grow in that first year of life.

The focal point of the party (besides the birthday boy, of course) was the bear cake I created to look like Mr. Bear: 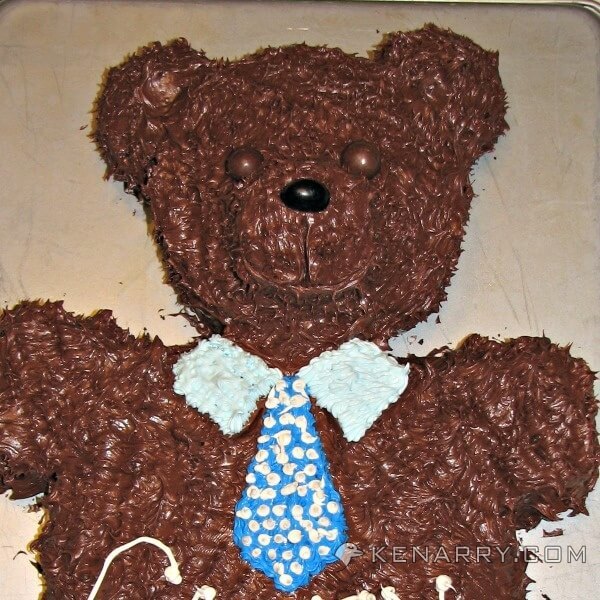 How to Make a Bear Cake

Making a bear cake is easier to do than you’d think!

2. Divide the batter between the various baking pans. To make the bear cake, you will need to fill the following baking pans about 2/3 full:

Suggestion: Use the extra cake batter to make additional cupcakes. You can frost them and use candy and chocolate chips to make little bear cupcakes. 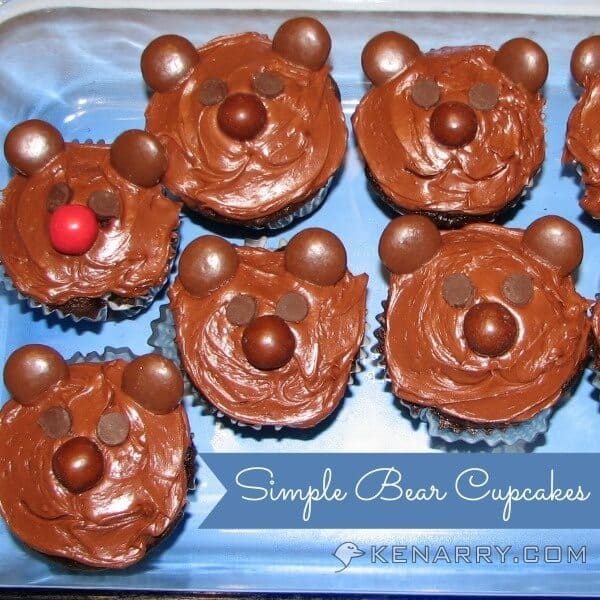 3. Bake the cake. Put the cake in a preheated oven and cook per the instructions on the box or until a toothpick comes out clean. Note: the cupcakes will bake much faster than the other parts of the bear cake, so keep an eye on them. Allow the cake to cool for 10-15 minutes.

4. Assemble the cake. Carefully turn the cakes out of the pans and put the bear cake together. You can see in the picture, I assembled our Mr. Bear cake on the back of a cookie sheet. Here is how I did it: 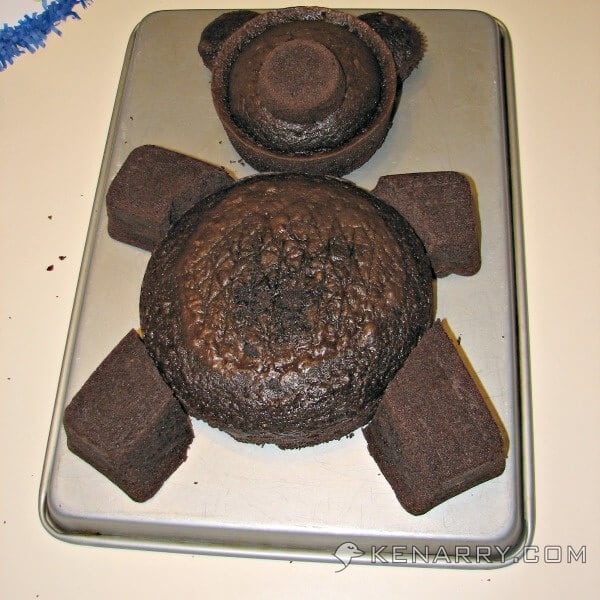 5. Frost the bear cake. Use a knife or metal spatula to frost the bear cake with chocolate frosting. Tip: My mom taught me to always move your frosting knife in the same direction to prevent pulling crumbs up as you frost the cake. 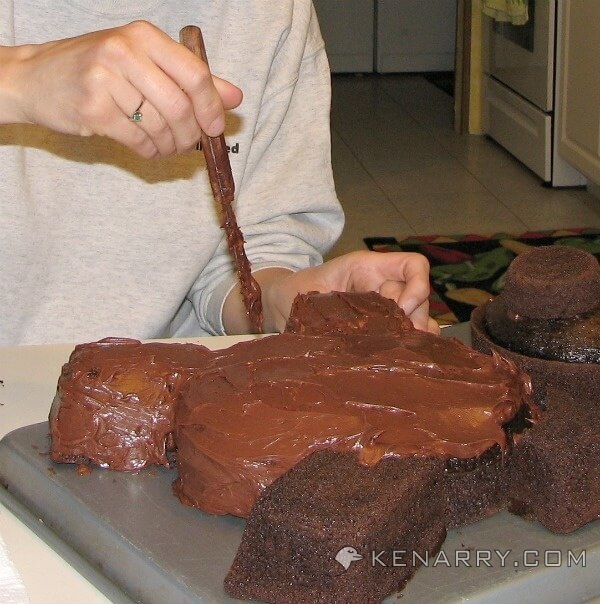 6. Create fur on the bear cake. Use a fork to fluff the chocolate frosting in various directions to give it a texture like fur. 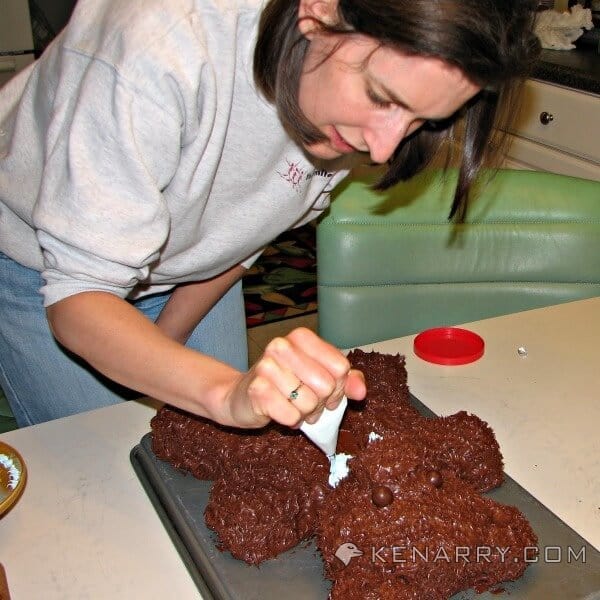 Add candy for the eyes and nose on the bear cake. I used a toothpick to draw Mr. Bear’s mouth. I also used a little frosting to write C1’s name on the cake. Both Mr. Bear and I were thrilled with how the bear cake turned out! 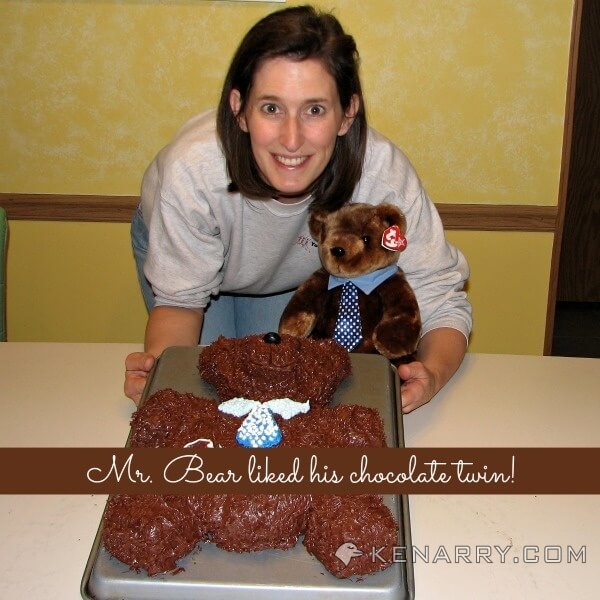 If you liked this bear cake idea, please share it with your friends or pin it for later: 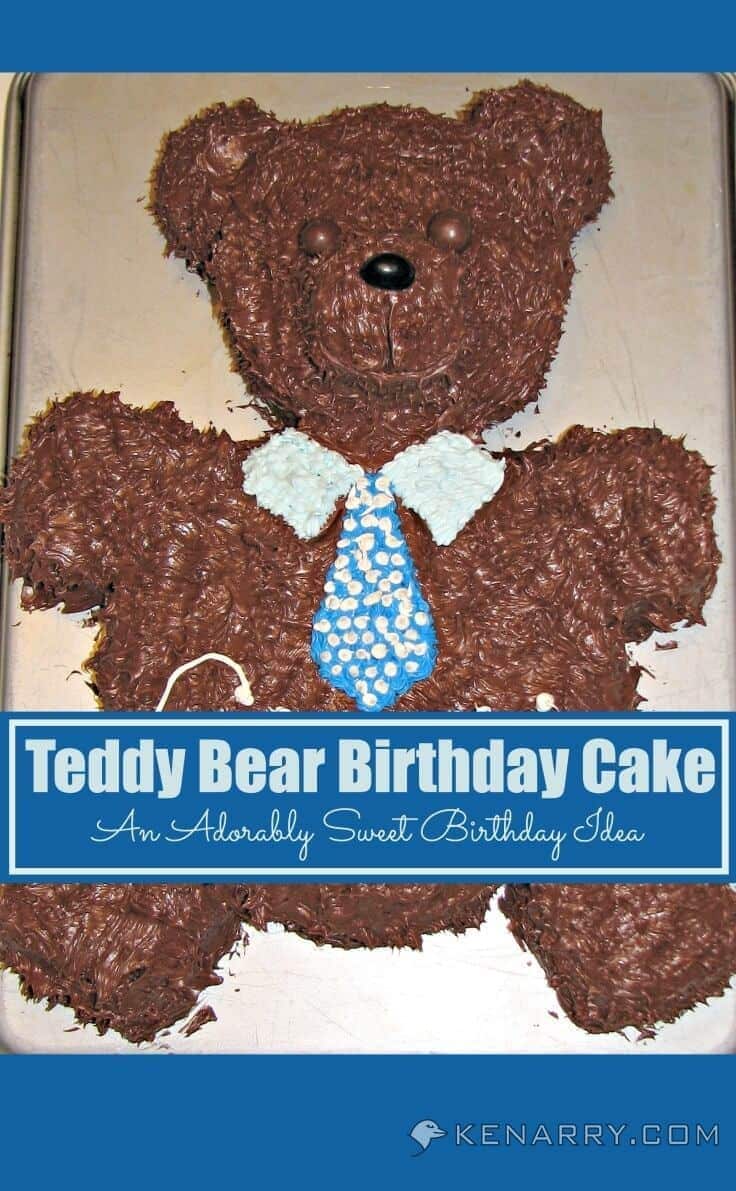 Here are some more birthday party ideas to help you celebrate!

This site uses Akismet to reduce spam. Learn how your comment data is processed.